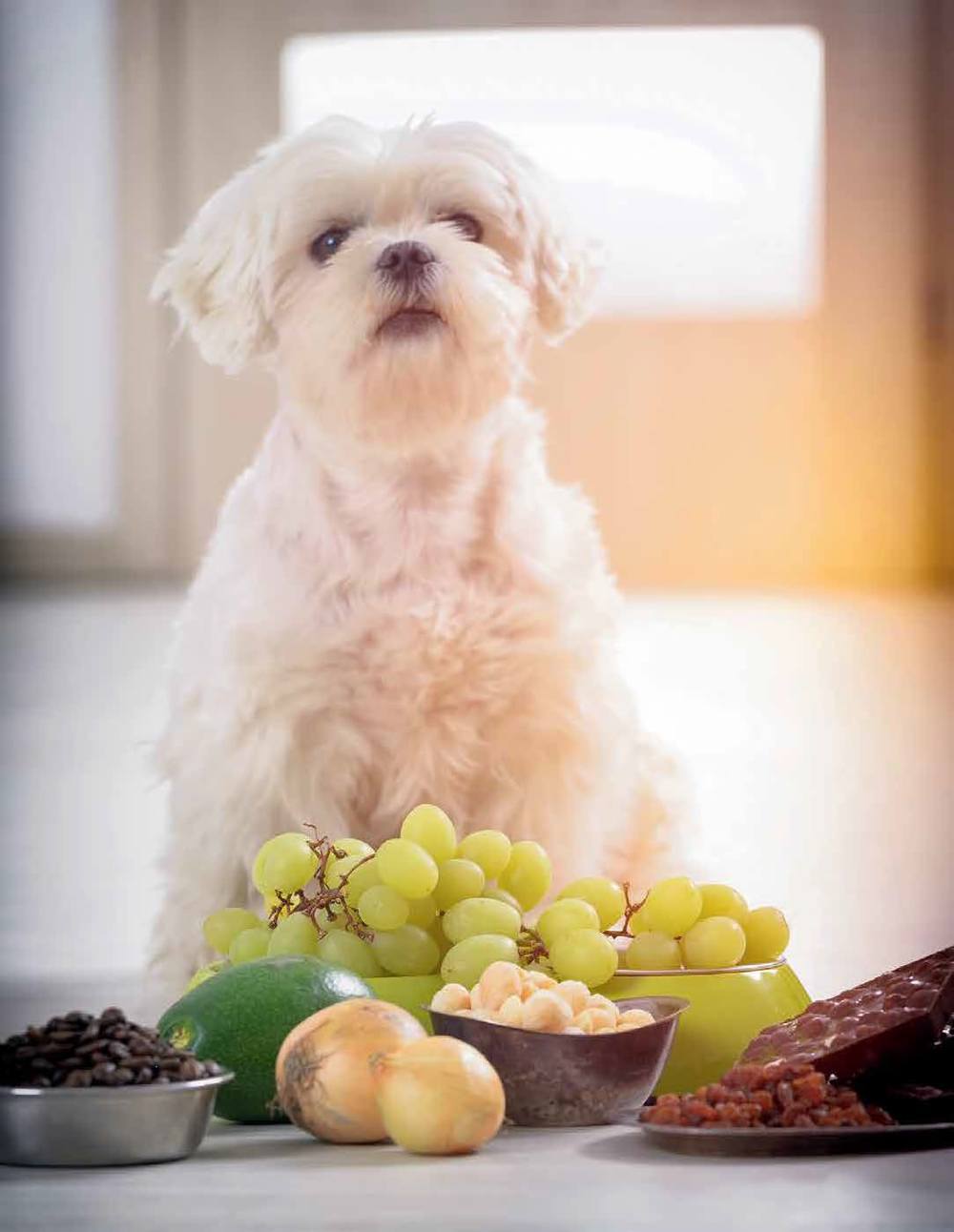 How often do many of us not slip our dog – or cat – a bit of what we are eating? Or ply them with a few leftovers? All done with the best of intent, and usually with limited consequences…

However, many types of food is tolerated perfectly well by humans are toxic for pets, and can even in the worst scenario prove fatal. Likewise, not all medicines can be used across the species, and problems can arise when these are accessed – directly or indirectly. Furthermore, a number of seemingly innocuous substances in our households and surroundings can actually be very harmful.

One of the ones very high up the list is chocolate. Dogs love it, but sadly chocolate ingestion can have very serious consequences for dogs; chocolate is also toxic to cats. The toxic ingredient is theobromine, a methylxanthine, and systems affected include the heart and central nervous system; acute kidney injury can also occur. Dark chocolate poses a much greater risk than milk chocolate due to the much higher concentration of theobromine in dark chocolate. In addition, cocoa shell mulches available for use in gardens may have a very high theobromine content and ingestion can be very detrimental. The risk from white chocolate is minimal, which however, does not mean that feeding your dog lots of white chocolate is a good idea! The high fat content of chocolate can in some cases trigger pancreatitis, a very serious disorder in its own right. To add to this, chocolate can be combined with other elements which are potentially toxic to dogs, such as raisins or coffee beans.

Caffeine is another methylxanthine, and exposure can occur by means of tea, coffee, over-the-counter pain relief, and stimulant or weight loss preparations. As with chocolate, the central nervous system can be affected, as can muscles – including the heart. 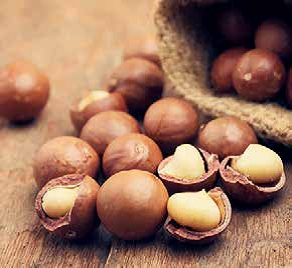 Grapes, raisins and their various cousins may be good for us humans as part of our 7-a-day, but please do not be tempted to share with your dog or cat as kidney failure may occur. The toxicity is not altered by cooking, so Christmas pudding, mince pies, fruit cake and the like should all be avoided! The toxic component in grapes is as yet undetermined, and there does not appear to be a correlation between quantity ingested and the clinical effects, although ingestion of dried fruits rather than grapes as such is more likely to have severe consequences.

Onions in all guises are another potential toxic food for your pets – garlic, chives, leeks, etc. may again be good for us but are decidedly less so for your dog or cat. These plants contain compounds which cause damage to the red blood cells which results in anaemia – at times very severe. Cats are more sensitive to onion toxicity than dogs, and among dogs the Japanese and Korean breeds are at increased risk in relation to other dog breeds. Onions can be ‘hidden’ in a variety of foods, so if in doubt always read the ingredients list (or alternatively, if you are not sure what the ingredients are just refrain from feeding it to your pet!). Onset of symptoms may not occur until 1-5 days after ingestion. Signs to look out for include vomiting, blood in the urine, lack of appetite, lethargy, pale gums, and breath or urine smell of onions. 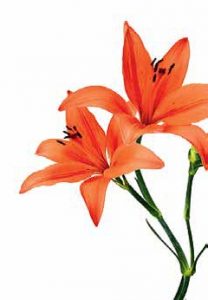 Lillies and hemerocallis are popular as garden plants, and lillies are often a feature in homes as cut flowers. However, they are both highly toxic to cats, causing significant damage to kidneys (toxicity to dogs is also speculated). All parts of the plant are toxic. Cats do not necessarily have to eat the plant itself, or flowers – ingesting pollen from fur when grooming after having brushed past an open flower can be sufficient. Prognosis can be good with prompt treatment, but the easiest thing is simply to not have the flowers in the house or garden if you share your home with a cat (or if cats from other households have decided to extend their territory into your garden!). 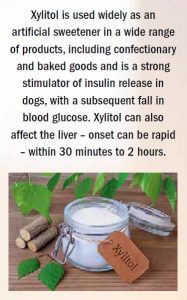 Another very important element on the list of toxic food for pets is xylitol. This is used widely as an artificial sweetener in a wide range of products, including confectionary and baked goods. Unfortunately, xylitol is a strong stimulator of insulin release in dogs, with a subsequent fall in blood glucose. Xylitol can also affect the liver. The degree of insulin increase is dose-dependent and onset can be rapid, within 30 minutes to 2 hours. Common signs associated with xylitol toxicity include vomiting, diarrhoea, fast heartbeat, unsteady gait, drowsiness, convulsions, coma and collapse. Signs of liver failure may occur up to 72 hours after ingestion and can include depression, jaundice and vomiting, as well as disruption of normal clotting. Prognosis can be good if it is possible to gain control of blood sugar levels and there are no further complications; the prognosis is poor where liver failure occurs. 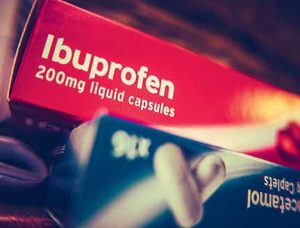 When it comes to pain relief it is again not always a good idea to share medication we would take with our pets. It is also a very good idea to keep medications well out of their reach, not least if they are still young and like to explore new things to chew! Paracetamol, for example, is highly toxic to cats (although it can occasionally be prescribed for use in dogs) and any ingestion of paracetamol in cats calls for urgent action. A particular culprit also is a group of drugs called non-steroidal anti-inflammatory drugs (NSAIDS), which are widely used to relieve pain, fever and inflammation both in human and veterinary medicine. However, they are not all tolerated equally well by dogs or cats, and ibuprofen poisoning not least is very common. The onset of the clinical effects is often very quick, within 2 hours, and prompt treatment is vital. The effects are mainly on the stomach and intestines, but kidneys may ultimately be affected, as may the liver (although less frequently). A potential complicating factor is when xylitol has been used as a sweetener in the NSAID product. The range of signs is very wide but look out for things such as vomiting, diarrhoea, weakness, lack of coordination and drowsiness.

Excess vitamin D is another potential hazard. Vitamin D compounds are present in various sources including human medicines and vitamin preparations, and are also used in rodenticides. If you have psoriasis and use medicated creams as part of the treatment make sure you keep these well away from your pets, even licking the skin after such ointments have been applied can be sufficient to cause toxicity. Excess vitamin D ingestion will affect calcium metabolism with a subsequent increase in blood calcium. Consequences include  kidney failure, heart function abnormalities, and tissue calcification and mineralization, and prognosis can be guarded to poor. 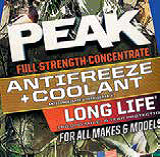 A toxin often encountered is ethylene glycol, contained in antifreeze. It is reported to be palatable, but is unfortunately also very toxic. Clinical signs occur in 3 phases, with the central nervous system, heart and lungs and ultimately kidneys being affected. The prognosis can again be guarded/poor without very prompt treatment following ingestion.

Anticoagulant rodenticide exposure is regularly seen in veterinary practice. Onset of clinical signs can be delayed to up to 5-7 days after ingestion. Symptoms include lethargy, breathing difficulties, lameness, bruising and pale mucous membranes. Blood tests are required to diagnose and also monitor the disorder. It is important to note that anticoagulants vary in potency, with some the potentially toxic dose is 8g/kg bodyweight, whereas with others it is as little as 0.15 g/kg bodyweight.

If your dog has raided the bin and found some mouldy foods, likes to eat old mouldy fallen fruit in the garden, or has a taste for mouldy compost or silage, it may have been exposed to tremorgenic mycotoxins (mouldy dairy products such as cheese are of particular concern). As the name would imply, these cause muscle tremors, as well as a number of other signs such as irritability, uncoordinated gait, hyperactivity, panting, and increased sensitivity to touch, sounds and other stimuli, to name a few. In more severe cases convulsions and coma may occur. Prognosis can be favourable if mild signs occur, but less so if convulsions are not controlled. 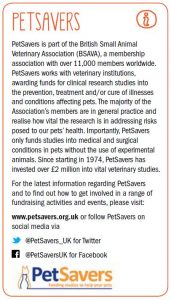 This is by no means an exhaustive list of the toxic food to which our pets may be exposed. Other things on the list to look out for include lead, zinc (may be present in some coins), metaldehyde (may be present in some slug pellets), yew, oak (try to prevent your dog from  eating acorns), laburnum, macadamia nuts, blue-green algae (make sure you heed any warning signs you may see around stretches of water or on the beach!), permethrin (cats are highly sensitive and overdose very readily occurs), nicotine, various fungi and plants – and so the list goes on. Young animals may be at increased risk due to their habits of chewing and eating things more indiscriminately than their allegedly more sensible elders!

Useful resources for further information include VPIS (Veterinary Poisons Information Service), MSD Veterinary Manual, and the ASPCA (American Society for the Prevention of Cruelty to Animals) Animal Poison Control. If in doubt – always consult your vet.

So although the world can be a toxic place for our pets, we can at least, with a bit of thought, consideration and care, try to avoid some of the food pitfalls.

The Pet Food Guide: Everything You Need To Know

Owning A Pet: How To Keep My Pet Healthy