How to use lick mats to boost your dog’s hydration 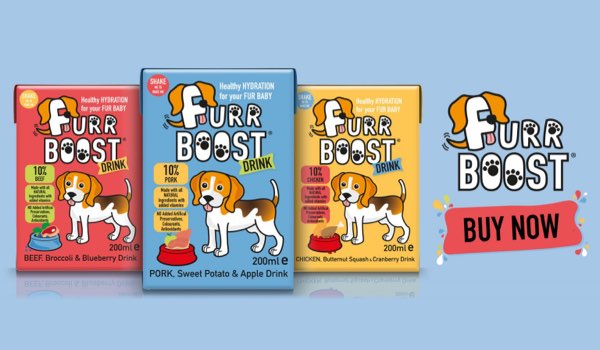 Do you want your Furr Baby to drink more fluids? Whether they’re recovering from an illness, have gone off their usual food, or are just plain picky, we all know that pets can be fussy with their water.

If you think your dog could do with an extra drink, we have just the trick! Furr Boost is a tasty hydration drink that your pooch won’t be able to refuse.

Designed especially for dogs, it’s formulated with only human grade, high quality, natural ingredients. A favourite among even the fussiest of our four-legged friends, it’s available in three delicious doggy flavours – beef, broccoli and blueberry; chicken, butternut squash and cranberry; and pork, sweet potato and apple – and is packed with superfoods, vitamins and oils, with no hidden nasties.

There are several ways to serve Furr Boost, from warming it up for a hearty soup in winter or serving chilled as a smoothie in summer. It can be enjoyed alone and over kibble or wet food if your pooch has lost their appetite.

Perhaps one of the most beneficial ways to let your dog enjoy Furr Boost is by using a lick mat! Here’s why you should treat your Furr Baby to a frozen Furr Boost lick mat… 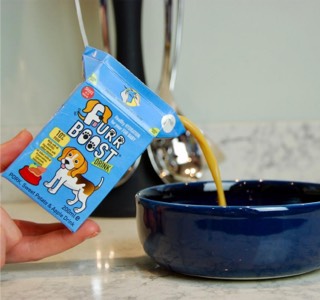 Did you know that licking physically helps reduce anxiety? Studies have shown that the action reduces anxiety in dogs by releasing endorphins that can ease stress levels and help encourage a sense of calm.

If your Furr Baby is particularly panicked by fireworks or thunderstorms, suffers with separation anxiety, or is simply of a more nervous disposition, serving Furr Boost frozen on a lick mat can have a huge positive impact on their overall wellbeing.

Simply pour your dog’s favourite flavour of Furr Boost over a lick mat, pop it in the freezer for a few hours, and serve. We recommend always having one ready to go in the freezer, so that as soon as you spot the signs of heightened stress in your pooch, such as trembling, drooling or panting, you are well prepared to ease their anxiety. 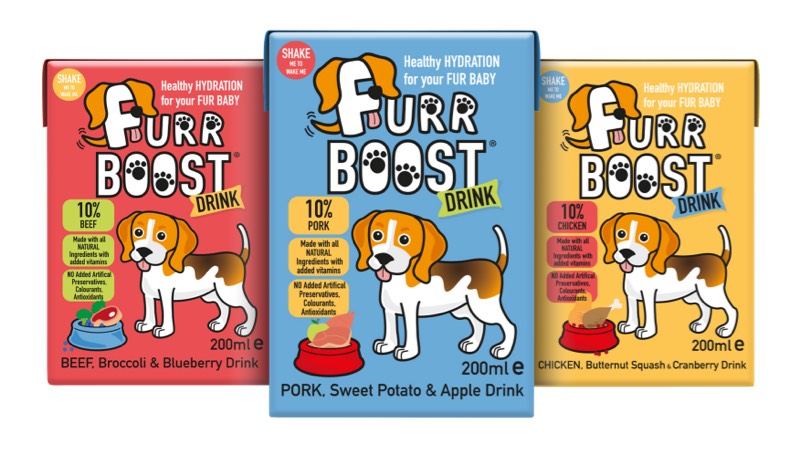 There’s no denying that most dogs are full of energy and require lots of attention. Whilst this might be very cute, it can become a strain on owners over time if your pooch is constantly asking for cuddles and playtime. It can even manifest as bad behaviour if they are feeling ignored!

If your pooch needs some extra stimulation, freezing Furr Boost onto a lick mat provides the perfect enrichment activity. Unlike other treats which might be devoured within minutes, this should keep your Furr Baby entertained for at least an hour, and has the added benefit of health and hydration.

To make the activity extra tasty, you can also add different treats and textures for added enrichment, like peanut butter, cottage cheese, mashed banana and pureed pumpkin. Experiment with different toppers each time and see what your pooch loves the most!

If you have a Kong, seal the base with a generous smear of peanut butter, top with their favourite flavour of Furr Boost, and freeze for hours of enrichment. 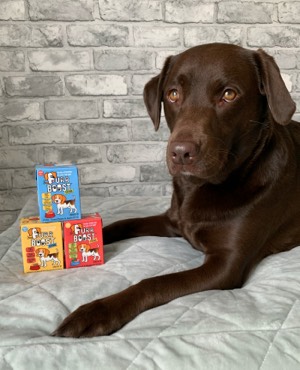 Who said training had to be strict and rigorous? Distraction training is a fantastic way to teach your dog to listen to commands.

If your pooch is overenthusiastic when the doorbell rings and has a bad reputation for barking and jumping up at guests, a frozen Furr Boost lick mat is a simple yet effective way to curb this behaviour.

Begin by preparing your dog’s favourite flavour of Furr Boost a few hours in advance, then ring your own doorbell! Immediately after the doorbell rings, pop down a lick mat to divert their attention. Over time, this reinforcement of a treat whenever the doorbell rings should prevent the dog from barking when you actually have a guest at the door.

You can also use frozen Furr Boost on a lick mat with suction to keep your pet distracted during activities they might not love, like bathing or nail trimming.

Don’t forget, one of the best ways to make training effective is to make it enjoyable for both you and your pooch, so have fun with it and be patient!

Try a taster pack of all three flavours for only £5.99 at at www.furrboost.com

Holistic Health and a Longer and Happier Life for Pets Everywhere

Is your dog drinking more than usual?

Help Your Dog With Stressful Situations With Beaphar CaniComfort®