Microchipping Counts: Get Your Pet Chipped 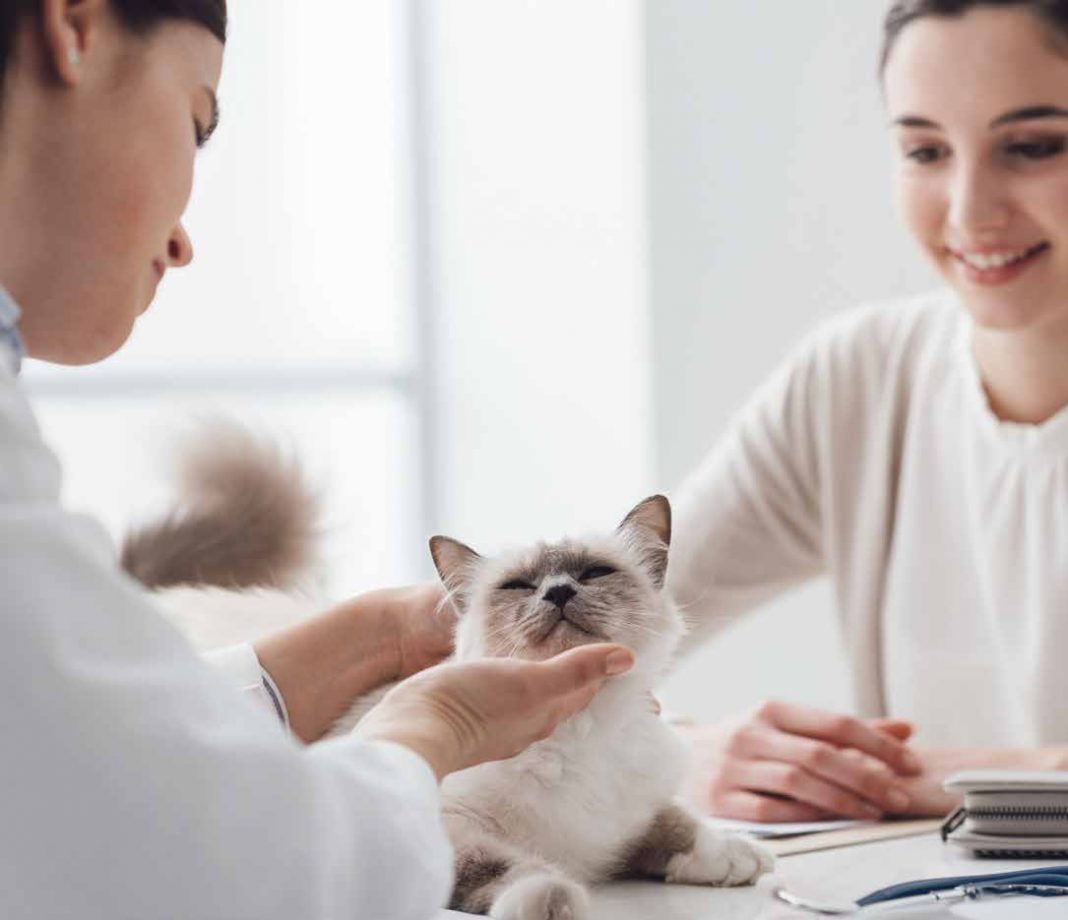 The ability to reunite stray animals with their grateful owners is a highlight of working in veterinary practice. I have seen lots of animals brought into the surgery without their owners, and people are always so relieved to get a call saying their pet has been found through microchipping.

A quick scan to check for a microchip and the owner’s contact details registered on it is all it can take to have a happy ending. I have reunited a cat who had been missing for three years!

That is why microchipping is so important. It gives owners peace of mind, promotes responsible pet ownership, and has tangible benefits for their pet’s health and welfare. If the animal is injured, a microchip means that the vet can locate the owner quickly so they can make decisions about treatment.

Microchipping is a safe and effective way of permanently identifying a pet and helping vets to reunite lost or stolen pets with their owners. It involves the insertion of a tiny chip the size of a grain of rice under the skin between your pet’s shoulder blades using a sterile needle.

The procedure takes just a few minutes and, once inside, the chip is easy to detect and lasts a lifetime. Each chip has a unique identifying code that, when scanned, can be used to find the owner’s details. There are currently 14 national databases with which a microchip and the pet owner’s details can be registered. 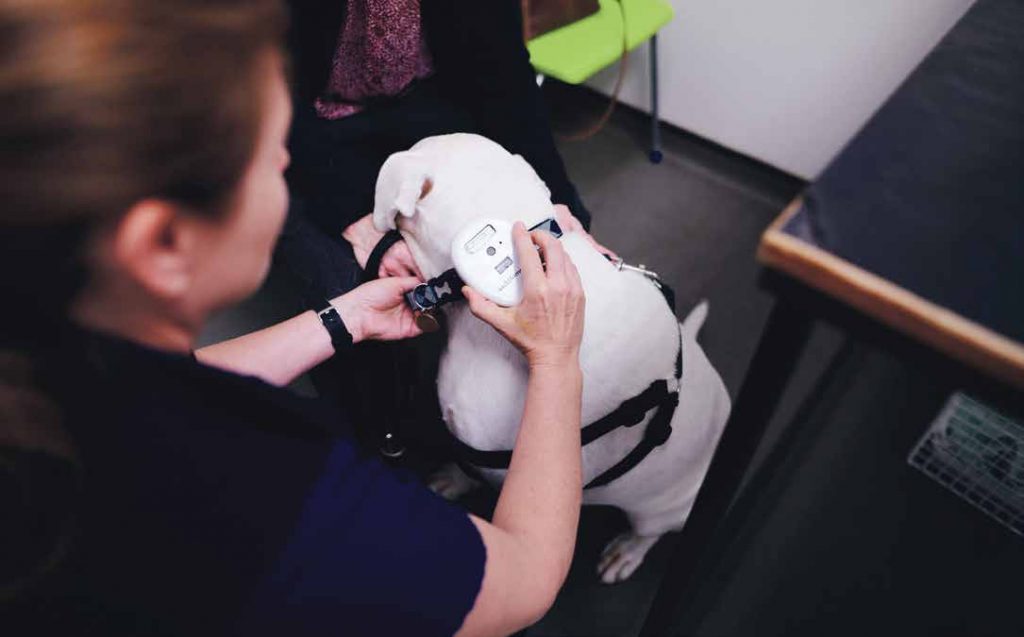 Since 2016, following the British Veterinary Association’s (BVA) campaigning as a founding member of the Microchipping Alliance, it has been compulsory for all dogs in the UK to be microchipped and registered on an authorised database by the time they are 8 weeks old. (While it is currently not compulsory for cats, there are growing calls from some politicians and charities to consider whether to introduce similar legislation for cats.)

Compulsory microchipping of dogs has shown positive results. A survey of our members marking one year since it became law showed a significant increase in the estimated number of microchipped dogs seen in practice. Official figures published one year on from the introduction of compulsory microchipping indicated that 8 million dogs (or 95 per cent of the UK’s dog population) were microchipped, 3 million more than in 2013 when the plans had first been announced.

The legislation has also helped vets in their efforts to reunite stray pets with their owners. Practices see an average of over four stray pets a month, and 97 per cent of vets attempt to reunite pets and owners. In 2017, the majority of vets surveyed by BVA said they were successful in reuniting pets and owners in at least half of their attempts. 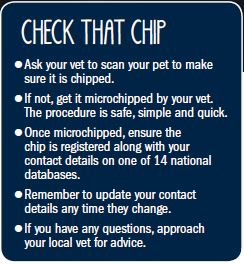 No Excuse For Out-Of-Date Details

While vets will try their level best to reunite lost or stray pets with their owners, out-of-date or inaccurate microchip details often prove to be major stumbling blocks in the process.

BVA’s 2017 Voice of the Veterinary Profession survey revealed that where attempts by vets to reunite stray dogs with their owner failed, it was either because there was no identifying microchip or collar/tag (reported by 50 per cent of vets surveyed) or the information held on the microchip database had not been kept up to date (mentioned by 44 per cent of vets).

Remember, microchips are only as useful as the information on the database and so it’s essential that details are kept up to date. Updating your pet’s details on the microchipping database when you move house or get a new phone number should be on the same priority list as changing your bank and billing information.

At the end of the day, microchipping provides pets with a form of identification that lasts a lifetime and helps to prevent avoidable heartache for their owners, so make sure your pet is chipped and all the details are up to date.

If you have any questions about microchipping or updating the chip details, you should speak to your local vet for advice.

Share
Facebook
Twitter
Linkedin
WhatsApp
Previous article
The best gadgets and gifts for cats, dogs and owners this Christmas
Next article
The Pet Food Guide: Everything You Need To Know

Summer Care For Your Rabbit

Dog In The City: Moving With A Dog To The Big City