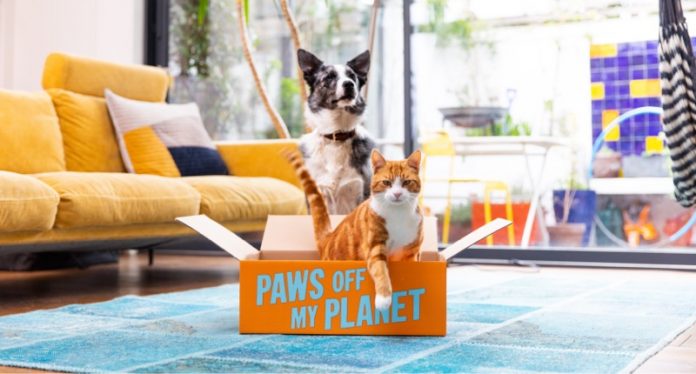 Did you know that our pets are responsible for as much as a quarter of the damage associated with the meat industry? In the US alone that amounts to around 64 million tonnes of CO2 and methane – the same as 13.6 million cars! While so many of us pet parents have sought to reduce our own carbon footprint, the story of our pet’s carbon pawprint is largely untold.

That was until the launch of Aardvark, the UK’s first sustainable insect-based pet food for both dogs and cats. By swapping unsustainable meat content for nutritionally-rich insect protein, their dog and cat foods are better for pets and the planet.

This is because insect protein requires just 2% of the land and 4% of the water it would take to produce the same quantity of beef. They also produce 80x less methane than cows and are fed on unwanted fruit and vegetables, preventing food waste and creating a circular system that further reduces their impact on the climate.

Aardvark estimates that 8.8 tonnes of CO2 could be saved in your pet’s lifetime by switching over their food, that could be 183,040,000 tonnes of CO2 if every cat and dog in the UK made the switch – the equivalent of flying around the world 120,000 times!

It’s not all numbers though. Their crunchy kibbles are made by combining insect meal with sweet potato, chickpeas and a delicious blend of pulses, fruits and herbs including seaweed and blueberries. They have worked with some of the world’s leading pet nutritionist’s on 27 different recipes before landing on their nutritionally complete, grain-free kibble that’s free from unnatural nasties.

Aardvark is also perfect for pets with sensitive stomachs as it is a hypoallergenic protein source. For dogs, the allergy rate for beef is as high as 30%. The insect meal that comes from the Black Soldier Fly, however, is a novel protein, which means it is far less likely to trigger stomach intolerances in dogs and cats compared to animal meat like beef or even chicken.

Aardvark is proudly independent having been started by its founder Hugo Walters after he couldn’t find any sustainable pet food for his two family cats Bella and Cocoa. Cats are obligate carnivores which means they can’t be fed a plant-based diet, so swapping unsustainable meat content for nutritionally-rich insect protein is the only way to help them save the planet.

Then head to aardvark. store and get 40% off your first order with code: TRYAARDVARK40% 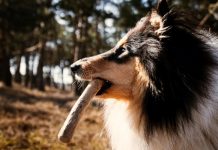 Canophera – The Natural Desire to Chew 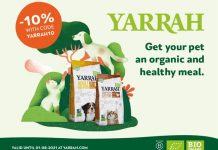 Organic pet food, better for your pet, for you and for the planet. 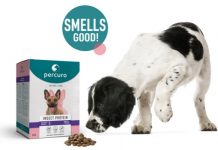 Do you know the impact the pet food industry has on the environment?

Keep up to date with the latest exciting pet news by sharing your details with us.