The Healing Power of Pets – An Age Old Treatment

A wide range of potions, pills and other therapies are prescribed every day in a bid to remedy the vast array of physical and mental disorders afflicting the British public. Some of these treatments come with a range of unpleasant, not to mention, costly, side effects. But could the solution be simpler than this? Might our pets, for example, offer a slightly less bitter pill to swallow? Is there a healing power to our pets? 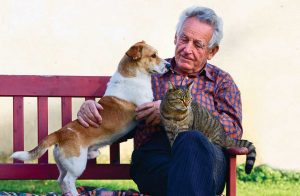 Recent years have witnessed a surge of experimental work designed to explore the link between pet ownership and human health and the healing power of pets.

A particular focus has been placed on the role of pet ownership in both reducing the risk of developing heart disease and enhancing recovery from cardiovascular-related illnesses. A recent scientific statement from the American Heart Association concluded that pet, and notably dog, ownership, may have a causal role to play in decreasing cardiovascular disease risk.

Aside from heart-related health, some studies have reported that the ownership of a pet, especially a cat, during childhood, may help to desensitise the individual from developing asthma and other types of allergic response. A small number of investigations have also indicated that pet owners tend to visit their GP less frequently than non-owners, implying that the ownership of a dog or cat may help to ward off disease and, for some individuals, even improve longevity. So, it could be said that there is a healing power to pets. 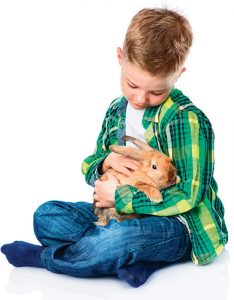 Pets may not only be able to facilitate the physical health of people, they may also contribute towards their mental well-being.

Research has shown that animals can ameliorate the effects of potentially stressful life-events, such as bereavement and divorce, reduce levels of anxiety, loneliness and depression and enhance feelings of autonomy, competence and self-esteem. Recognition of these mental health benefits has resulted in the wide-spread use of animals in therapeutic settings.

Interest in this area started in the 1960s, when Boris Levinson, a child psychologist, noted that his patients developed a rapport with his dog, and were more inclined to respond positively to therapy in his presence. Levinson surmised that the animal served as a social ‘catalyst’, opening up a channel for the discussion of subconscious fears and worries. Levinson’s early theories have since been supported by a wealth of scientific studies exploring the role of animal-assisted therapy in hospitals, nursing homes and other settings.

Schemes vary considerably, but most share as their goal an attempt to improve the physical, mental, social and/or cognitive functioning of the patient.

The evidence in support of animals promoting human well-being, whilst not entirely conclusive, is leaning towards the positive. One big question still remains, however; namely, how might they do this?

A number of mechanisms may be at play: 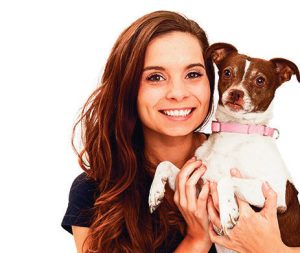 Health benefits may arise from the mere provision of companionship. The presence
of another living being can help to reduce loneliness and feelings of isolation. Pets may therefore be particularly advantageous for the elderly, people living alone, children who need a friend to confide in, or individuals suffering specific chronic health conditions. One of our recent studies, for example, found that pet ownership was advantageous for some people with Chronic Fatigue, giving individuals a reason to get up and helping to ward off depression.

Mental health advantages may be facilitated via increased contacts with other people. Studies have shown that walking with a dog results in a higher number of chance conversations with complete strangers than walking alone. Our own research has demonstrated that younger dogs, with their big eyes, short limbs and clumsy movements tend to act as stronger social ‘lubricants’ than older animals. The socialising role of dogs is particularly apparent for people with disabilities, encouraging more approaches and positive acknowledgements from both friends and strangers. 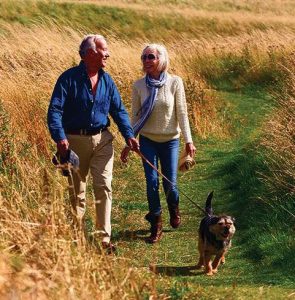 Animals may promote our health by serving as ‘stress busters’. Stroking an animal has repeatedly been shown to result in short-term decreases in blood pressure and heart rate, which, in the longer term, may contribute towards cardiovascular protection. The mere sight of an animal can also help to lower autonomic responses to stressful conditions. One American study reported that the presence of a pet dog resulted in lower heart rate and blood pressure responses relative to the presence of a friend or spouse, in people exposed to the psychological stressor of mental arithmetic. It must be assumed that the animal in this context served as a distraction to the stressful situation.

Health advantages, particularly long-term ones, may also be gained from pets indirectly, perhaps through the increase in exercise that typically accompanies the ownership of an animal. This mode of action would certainly explain why dogs, which need to be taken for regular walks, seem to be more advantageous for our health than animals which lead more owner independent lifestyles. 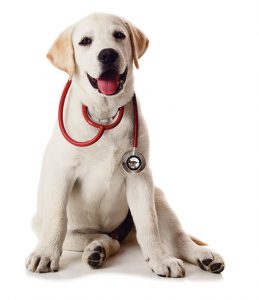 Pets as Predictors of Ill-Health

Some attention has been directed recently towards the value of animals, especially dogs, in detecting underlying health conditions. Interest in this phenomenon started over 20 years ago, when two medics reported the case of a mongrel that persistently sniffed at a mole on its owner’s leg; the lesion later turned out to be malignant. More recently, studies have explored the ability of dogs to detect the early stages of cancer, warn people of impending epileptic seizures and even serve as an alert system for hypoglycaemia for people with diabetes. Some dogs appear to be able to perform such feats without any training. Indeed, one of our recent studies found that almost two-thirds of people with Type 1 diabetes reported that their dog showed responses to their hypoglycaemic episodes, behaving in a fashion interpreted by their owners as trying to attract attention, e.g., barking, nuzzling, licking, pawing. The work conducted so far hints at dogs having a potentially valuable role to play as predictors of ill-health, but much further research is needed before firm conclusions regarding the utility of dogs as a diagnostic tool for disease in humans can be established.

Whilst the evidence for a direct causal association between animals and human health is still not conclusive, the literature is largely supportive of the long-held belief that ‘pets are good for us’, contributing to both our physical and mental well-being.

Not all of the studies carried out in this area have been without criticism and several recent scientific reviews of the area have highlighted methodological weaknesses and stressed the need for further research. Pets should certainly not be regarded as a perfect pill for treating ill-health. Nonetheless, employed in the correct manner, and targeted at the appropriate user group, animals have the potential to contribute significantly to our well-being and quality of lives. They should not be overlooked as an alternative, or complimentary, form of therapy in modern day health care practices and our pets could have an essential healing power.

by Dr Deborah Wells, Director of the Animal Behaviour Centre and a reader in the School of Psychology, Queen’s University, Belfast

Turning Up the Heat on Fleas and Ticks

Worried about rise in dog thefts?